New hut for the mother of Jerry and Anna 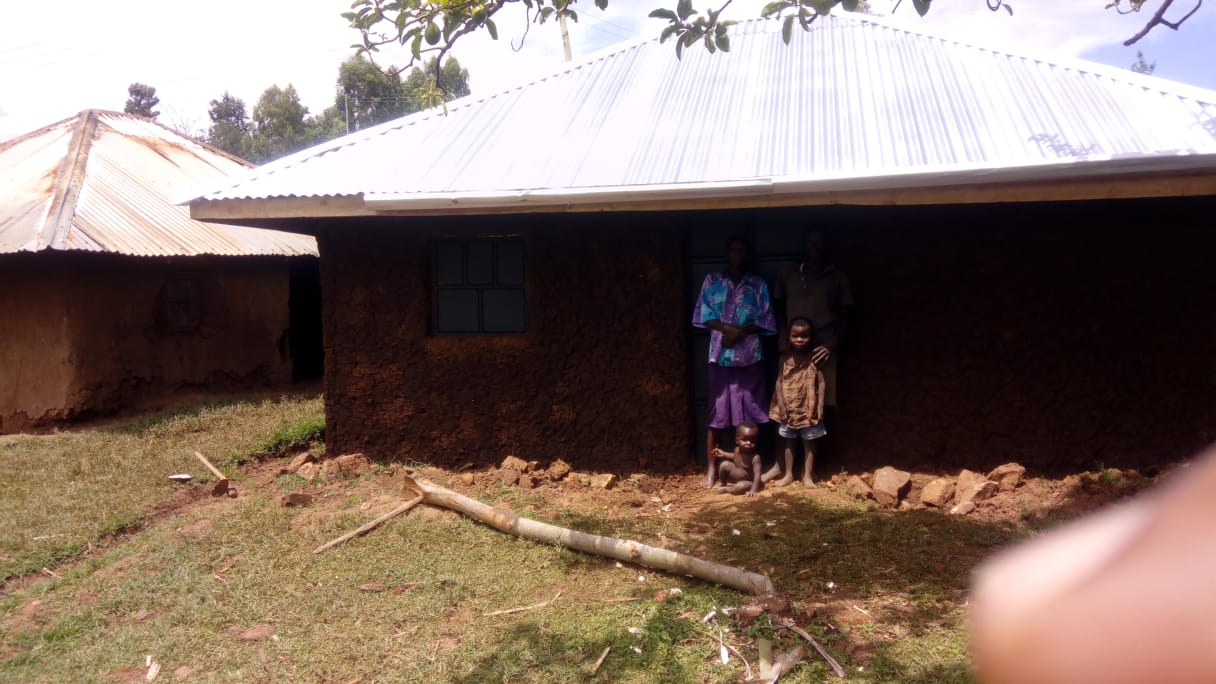 It became obvious over a period of time, that the old mud hut of the mother of Jerry and Anna needed a replacement. It was in a very bad shape.

Then recently, anytime during day and night, strangers broke into the “house” and stole from the mother that had so little anyways. When we heard, that she even was raped one night, it was enough for us. A new hut must be build and quick!

After consultation with Eunice, the leader of our childrens home, we immediately transfered € 1.000,- for building a new hut. This covered the whole project. A few days later the hut was already completed. The mother is so happy and grateful for the support.

By the way, the break ins have stopped, and the man, who raped here, has been caught and is now spending time in prison for his crime.

Eunice visits the mother of Anna and Jerry regularly. They have built a garden together, where she grows her own vegetables.

Thank you so much and may God bless you! To all, who support Nazareth by prayer and donations.