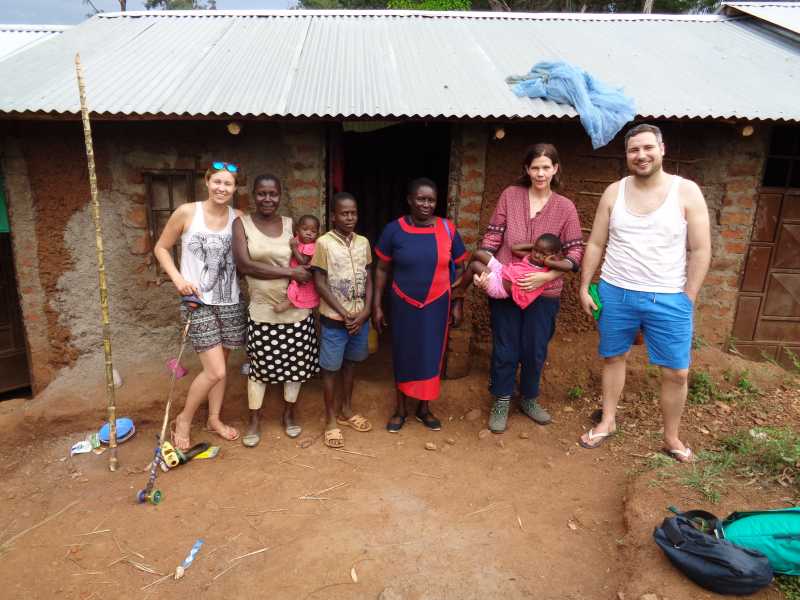 The childrens home leader Eunice is searching for especially poor families in the neighborhood in order to visit them.

During one of this visit we became attentive of a family which had a particularly tragic fate: While fishing  on the Victoria Lake the father and the older brother has died because the hippo has overturned the little fishing boat. Another sun has died due to a traffic accident. After all the woman and her three children got displaced from her brother-in-low. She lives now with her three children (one year old girl, three years old girl and thirteen years old boy) in a little miserable shack.

We were thinking about how we could help this poor family. We have decided to include the thirteen years old boy Bernard into our homebased-program that he is able to visit a school. I, Dani, have resume the sponsorship of him.